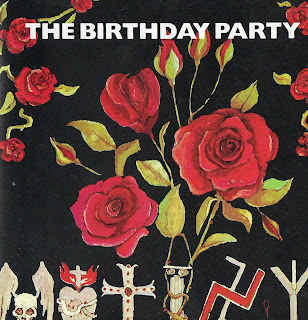 The Birthday Party- Mutiny EP (1983)
The demise of The Birthday Party.
Phil Calvert was ejected in 1982 and Mick Harvey moved to drums. When Tracy Pew was jailed for drunk driving and petty theft, Barry Adamson came in as a temporary replacement.
Late In 1982 tension between Nick Cave and Roland S Howard came to a head. Blixa Bargeld from the German band Einstürzende Neubauten was brought in to play guitar on the track Mutiny in Heaven. The Birthday Party eventually disbanded in late 1983, due in part to the split between Cave and Howard, and work and drug-related exhaustion.

Jennifer’s Veil is arguably the point at which The Birthday Party realised the peak of their potential. Its gothic narrative is typical of early Bad Seeds works. According to Amy Hanson in Kicking Against The Pricks The Birthday Party by now sounded like a cross between The Stooges, Dracula and John Milton on smack. 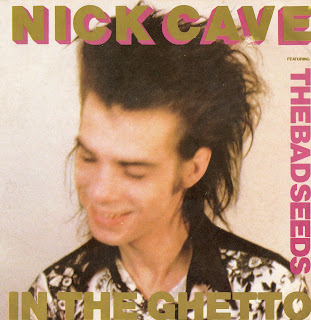 In 1983, after some studio work Cave’s new band made their first public appearance on New Years Eve in Melbourne under the name Nick Cave - Man Or Myth?.
The band then briefly called themselves Nick Cave and the Cavemen before adopting the Bad Seeds moniker, in reference to the penultimate Birthday Party release, The Bad Seed E.P.
Bargeld and Adamson’s replacement of Howard and Pew was stylistically very much a ‘like for like’.
Writing about rock music? The old man asked me, looking puzzled. Written about Elvis? I told him that no, I hadn’t written about Elvis. How can you write about rock music without writing about Elvis? The proposition was, he made it plain, frankly absurd.
So this is the first single from Nick Cave and the Bad Seeds. A cover of an Elvis Presley single from 1969, this version was released in June 1984.
The Moon is in the Gutter is a Brechtian murder song that points the way to the Bad Seeds later work. Apparently Bargeld achieved one of his eerie sounds here by massaging the strings of his guitar with an electric shaver. 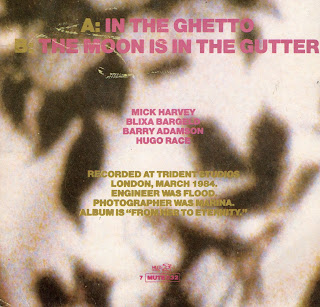 Labels: 7", Nick Cave and the Bad Seeds, The Birthday Party