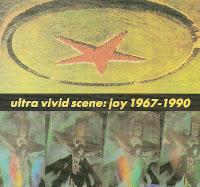 Perhaps somebody can help me out here? I know that Ultra Vivid Scene's eponymous first album was a solo work, with Kurt Ralske performing all the music as well as writing and producing the project. I'm assuming that this was also the case on Joy 1967-1990?


The credits read: 'Performed by u.v.s programming by Kurt Ralske and Hugh Jones with Richard Close, Byron Guthrie and Kristin Kramer.Kim Deal - vocal on '4'. B.J. Cole - pedal steel on '9'. ' I can't find anything on Close, Guthrie or Kramer. Kurt Ralske is an interesting man, and this is an interesting album.
Ralske is currently Visiting Professor of Digital Art at the School of the Museum of Fine Art, in Boston, and is also on the faculty of the School of Visual Art, in NYC, in the graduate program in Computer Art. He has a video instilation on permanent display at the Museum of Modern Art in New York. 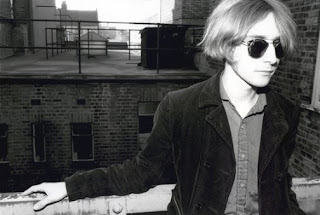