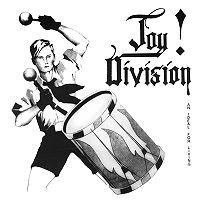 This is the debut EP by Joy Division , recorded at the Pennine Sound Studios on December 14, 1977
A 7" version was released in June on the band's own Enigma Records label, followed by a 12" version in October on Anonymous Records.
The cover of the 7”, drawn by guitarist Bernard Sumner, prompted allegations of fascism, as did the fact that the band, formerly called Warsaw, took the name Joy Division from The House of Dolls , a 1955 novella by Ka-tzetnik 13563,which alleged that groups of women (Freudenabteilung) were kept in the concentration camps during World War II to satisfy the sexual urges of their captors.