The Pop Group- For How Much Longer Do We Tolerate Mass Murder? (1980) 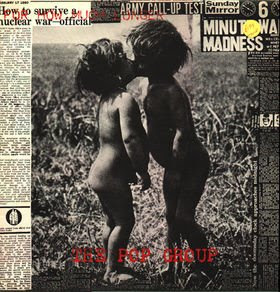 This is the second (and very rare) full length LP from Bristol’s The Pop Group.
I’m sure that all you music lovers will agree that it’s an incredible feeling when you hear something the likes of which you have never heard before.
When I first heard the Pop Group I was astonished. This strange, dissonant fusion of music excited me in a way that I could not describe. This was unlike any pop group. It had all the wrath, angst and energy of the punk groups that I was listening to at the time, and that esoteric air of dangerousness that fascinates. There were elements of funk, jazz and even embryonic hip- hop (The Last Poets guest on One Out Of Many). The lyrics were brimming with anti-establishment political savvy.
Members of the band went on to form Pigbag and Rip Rig and Panic, and their influence was evident in later Bristol developments such as ON U Sound and trip-hop.
Line up:
Mark Stewart – vocals
John Waddington –guitar
Gareth Sager –guitar
Simon Underwood –bass
Bruce Smith -drums, percussion 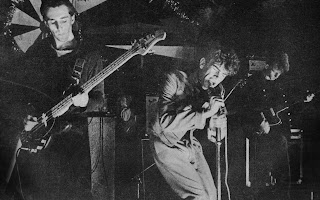