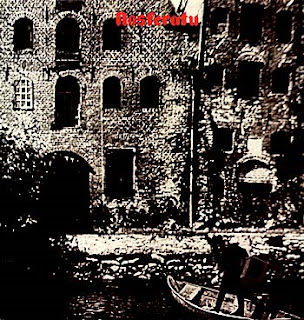 In 1979 both JJ Burnel and Hugh Cornwell of The Stranglers embarked on solo projects, prompting speculation that the band were on the verge of splitting.
Imagine a parallel universe in which The Stranglers had split in 1979.
They would have left us three classic additions to the punk canon (forget the protests that they were fascistic, misogynistic and too old- if you saw them coming you’d cross the road- they were punk alright), and The Raven, a half decent album in which there is a just a little too much of the cringe inducing punning, dotty space invaders effects and lyrical immaturity that marked their later works as a bit of a joke.
They still exist of course, a band that became a tribute band to their former incarnation.
Hugh Cornwell’s effort was this collaboration with Robert Williams of The Magic Band.
Guests include Ian Underwood from The Mothers of Invention and Mark and Bob Mothersbaugh of Devo.
Ian Dury provides a brief cameo.
Nosferatu is, on the whole, a dark and enchanting record.
Posted by Walker