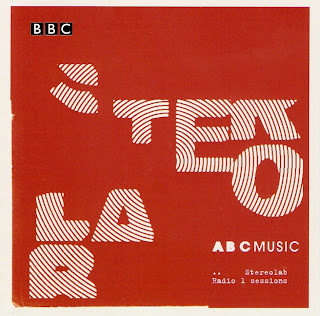 The SI taught us détournement...
Here's a label for you- Postmodern Retro- Futurism.
That was the nineties, halcyon days for postmodernists, when we could live in a faux sixties, Cool Britannia and Britpop, watching The Champions on teatime television and talking about maverick  footballers. Squeaky clean history. This music is everything . Qualities absent from the Yeh Yeh stuff, whatever pop music was played in May 68, or even from the experimental euro music it purports to mimic (that's a real old Moog, you know), abound here. Trippy.
Highly highly recommended. 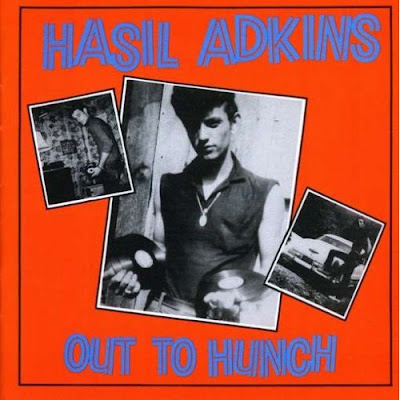 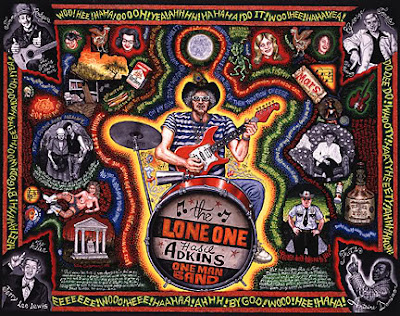 Hasil Adkins painted by Joe Coleman.
Hasil Adkins' discography is pretty obscure. He started making music in the 1950's , and , under the misconception that the performers he heard on the radio played all the instruments themselves, he operated as a one man band. He recorded his songs on a reel to reel in his trailer and even went so far as to press his own records.
The Haze released a steady stream of these DIY records. He allegedly sent a copy of every record he made to The White House, Nixon being the only President  to thank him...
The Haze became more widely known in the 1980's due to the attentions of The Cramps and similar acts.

Much as I like The Cramps their cover of She Said, which sounds like a parody, is probably my least favourite Cramps track. This LP, released on the back of the Psychobilly boom, collects tracks that were recorded from 1962 onwards.
The Hasil Adkins Hazequarters is here. 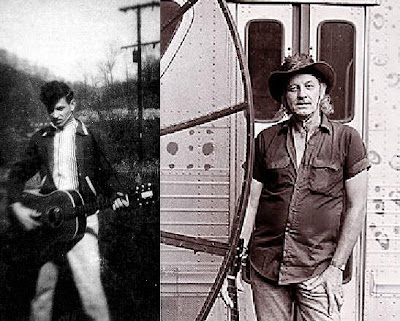 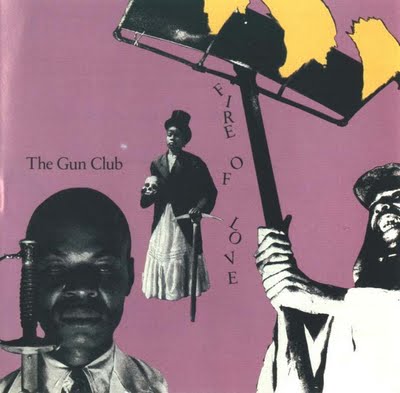 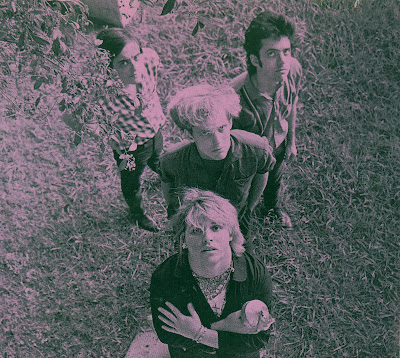 Terry Graham- drums, Rob Ritter-bass
Ward Dotson- guitar and slide guitar
Jeffrey Lee Pierce- slide guitar and vocals
Back in 2009 I wrote, in a post on The Gun Club's Miami: Anyway- I’m sure that you’ve all got Fire of Love- it should be ubiquitous, like Dark Side of the Moon, Sgt Pepper’s and After the Goldrush.
Having just listened to this LP for the first time in a while I had to post it.
The energy of punk infused with a dark and swampy blues.
The words 'nigger' and 'fuck(ing)' appear quite a few times. 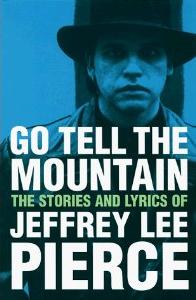 Next time you're looking at the books in the charity shop keep an eye out for Go Tell the Mountain: The Stories and Lyrics of Jeffrey Lee Pierce- It's going for a hundred and ten quid on Amazon.

This is a great hobby... 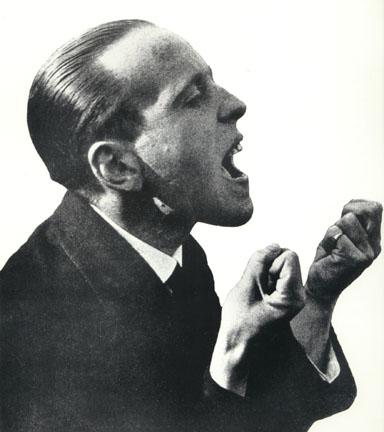 14 hours of trying (unsuccessfully) to upload a file to Megashares on a laptop that's about to die any second now...
Posted by Walker 0 comments 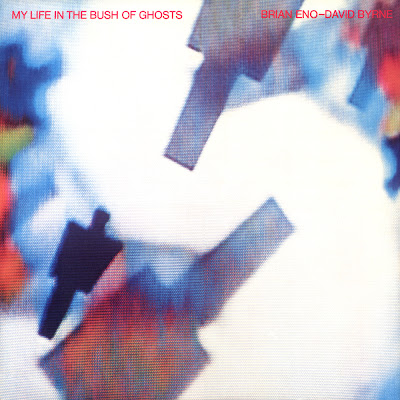 Background- My friend Rob was always more musically sophisticated than me. He was into the Talking Heads pretty early on, and (although I'm sure that this is coincidental to his purchasing of this LP) he was also a big fan of Roxy Music. I remember being blown away by this record before he even put it on, Peter Saville's sleeve being such a beautiful piece of art.

Novel- I am fortunate enough to own a copy of Amos Tutuola's remarkable novel. It took me years to get hold of it. A blessing of the age of the internet.
Neither Eno nor Byrne had read the book at the time the record was made, but they agreed that the title was in keeping with the concept of the album. 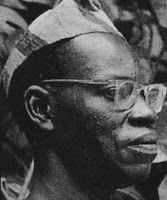 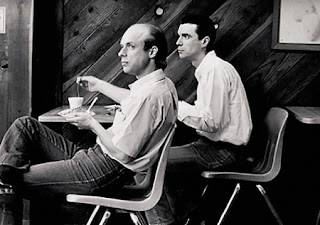 Sampling-Claims have been made for this album as being a pionering work in the use of sampling. When asked if he had 'invented sampling' in July 2001's Q magazine Eno had the integrity to reply:
No, there was already a history of it. People such as Holger Czukay had made experiments using IBM Dictaphones and short-wave radios and so on. The difference was, I suppose, that I decided to make it the lead vocal on the album My Life In The Bush Of Ghosts.
I have read claims that John Kongos pioneered sampling in using Zulu drum beats on Step On, and I'm pretty sure that Lee Perry used samples as early as his 1968 single 'People Funny Boy'. And then there's Steve Reich...


Blasphemy- I've never understood the concept of blasphemy. If one has absolute faith in something how can it's sanctity or potency be undermined? The Bible, The Qu'ran, The Talmud- it's all just words. Words on paper, written by men, or just the sounds of words, spoken by men. Well, the original verson of the LP featured a track called Qu'ran, in which a sample of Algerian Muslims chanting verses from The Qu'ran (from an album  The Human Voice in the World of Islam) was used. Some Muslims found the use of the passages from The Qu'ran in this context blasphemous, and the track was withdrawn from the reissue.
This is the original LP, and the track Qu'ran is included.

http://d01.megashares.com/dl/0YWuDf1/Brian Eno + David Byrne - My Life In The Bush Of Ghosts.rar
Posted by Walker 3 comments 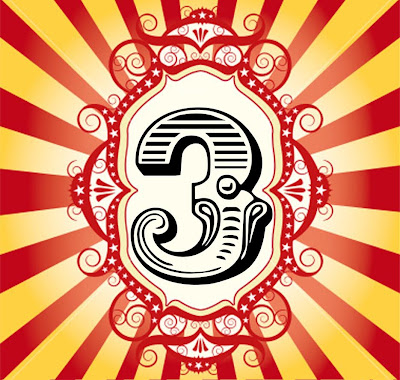 Ok, you'll hear nothing from me now until at least the 17th of March, by which time Burning Aquarium will have been around for 3 years... cheers!
Posted by Walker 1 comments 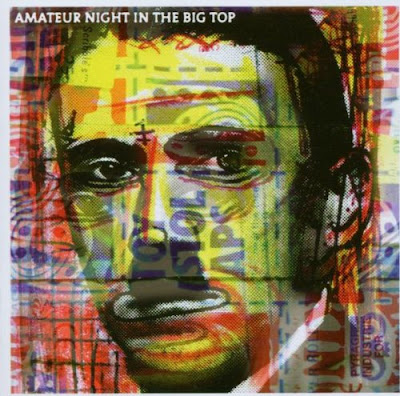 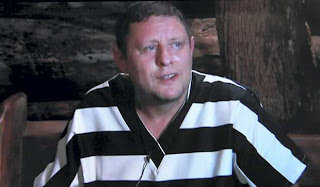 Shaun Ryder is a former newpaper columnist and reality TV hearthrob whose writing was once described by Anthony H Wilson as being 'on a par with WB Yeats'.
I loved the Happy Mondays in the late 80's and when I was aflame with hedonisim in the 90's Black Grape provided the soundtrack to the alcopop flavoured haze of mania.
I think it's fair to say that even though Shaun is a national treasure, a lot of people don't even know this record was ever released. More than have heard of Paul's record with Astrella Celeste tho... 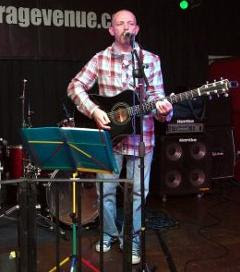 I take my hat off to Dai Sharkey on two  THREE counts:
1- He's an excellent songwriter
2- He puts a massive amount of effort into promoting local music and getting people to participate
3- He writes with great honesty about things that some people would shy away from

Dai's blog is a good read: http://daisharkey.blogspot.com/
Have a listen to some of his music on his new website: https://sites.google.com/site/daisharkey/
Posted by Walker 0 comments