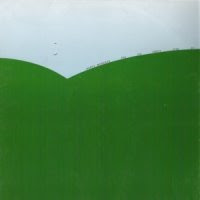 Do I think the Mondays will go down in musical history? I couldn't give a fuck! -Shaun Ryder.
Is it really twenty one years since Bummed?
Salford’s finest had already been around for a while when the Madchester craze swept the country. They entered a Battle Of The Bands at The Hacienda nightclub. They came last but Tony Wilson signed them to Factory Records anyway.
Forty Five E.P. is their debut E.P. (it is often called the Delightful E.P. after its first track) released on Factory Records in 1985.
Notably, Vini Reilly (of The Durutti Column) was originally to produce the EP. After two hours in the studio, Reilly quit - he couldn't stand the band.
Shaun Ryder - vocals,
Paul Ryder - bass,
Mark Day- guitar
Paul Davis- keyboard
Gary Whelan-drums