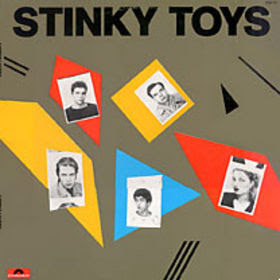 Stinky Toys had the distinction of playing on the second night of the 100 Club Punk Festival (September 21st 1976).
Formed in Rennes in 1976 the group was one of the continent’s first punk bands. At a time when major labels were keen to add so called new wave acts to their rosters, Stinky Toys signed to Polydor , but Mixed reviews for their single Boozy Creed in 1977 led to the cancellation of their eponymous album’s release outside France.
The record was eventually released internationally in 1990 as Plastic Faces, and met with critical disdain.