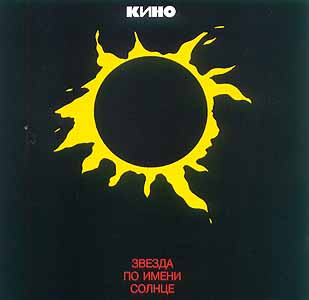 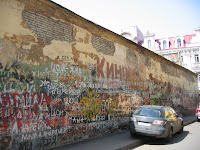 Rock music emerged as a cultural force in the Soviet Union in the 1980’s. The first official Rock festival, Spring Rhythms, was held in Georgia in 1980 . Groups from Russia dominated the festival.
The state maintained control over the music industry, with official clubs and an official label, (Melodiya) which, it follows, was not going to promote protest or anti establishment music. So the underground remained.
State run rock clubs were founded in Moscow, Leningrad (now Saint Petersburg) and Sverdlovsk (now Yekaterinburg) .
The largest of these, the snappily named Leningrad Rock Club, opened in 1981 and was the first legal rock music venue in the city.
Television and film also contributed to bringing Russian rock to a wider public in the 1980s. New musical television shows, such as Muzykalny Ring (Музыкальный ринг) and Programma A(Программа А), featured interviews and live shows, whilst KINO’s Viktor Tsoi featured in two popular movies.
The beginning of the '90s are considered to be the end of the "classic" Russian rock era. The two events that mark its end are the death of Viktor Tsoi in 1990, and the collapse of the Soviet Union in 1991.
Звезда по имени Солнце (A Star Called the Sun, pronounced- Zvezda po imeni Solntse) was released in 1989.
Being far from the source there is an eclecticism of influence in evidence here- a great blend of post punk new wave sound with hints of everything from U2 to Joy Division.