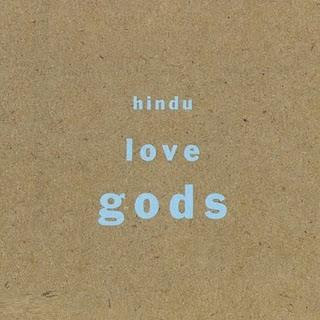 Hindu Love Gods were the late great Warren Zevon backed by Peter Buck, Bill Berry and Mike Mills of REM.
Hindu Love Gods made their first outing on vinyl as early as 1984, a single which went largely unnoticed. Then in 1987 Buck, Berry and Mills
played with Zevon on his Sentimental Hygiene album. According to the mythology these ten cover versions were recorded to use up the spare studio time. They are thumping blues rock numbers of the kind that I imagine would go down a storm in bars across the south.