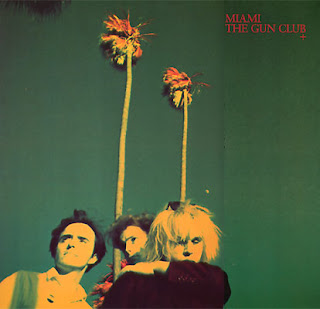 I was ‘on’ Facebook the other day… I thought that picking your five all time greatest albums would be close to impossible and of course it is. But I used the intuitive approach and didn’t ponder for to long, a sort of an automatic selection. Just in case anybody’s interested here were my choices:
The Clash- London Calling
The Smiths- Hatful of Hollow
Orange Juice- You Can’t Hide Your Love Forever
The Velvet Underground and Nico
The Gun Club- Fire of Love.

As with any list of five drawn from tens of thousands there are regrettable omissions (Pixies, Joy Division…). But on reflection the selection of Fire of Love seemed so obvious. Merging punk with blues and throwing in some rockabilly symbolism it is still a very exciting record.
Anyway- I’m sure that you’ve all got Fire of Love- it should be ubiquitous, like Dark Side of the Moon, Sgt Pepper’s and After the Goldrush. So here’s another offering from The Gun Club. As an aside Jeffrey Lee Pierce was a devoted fan of Blondie, president of their fan club, and this LP was produced by Blondie’s Chris Stein.