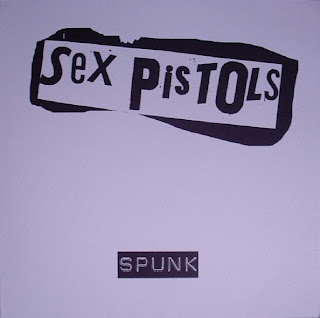 Never mind Never Mind the Bollocks Here’s The Sex Pistols, here’s the Sex Pistols…
So, who played the bass on Never Mind the Bollocks?
Sid Vicious? Well, on one track.
Glenn Matlock? Ditto
It was Steve Jones.
That’s the thing about Bollocks, brilliant album as it is, it’s far from typical of the punk genre. It’s essentially an overcooked, multi tracked studio oeuvre, more a testament to the work of producer Chris Thomas than a representation of the raw power that made the Pistols such a potent force.
Whereas most punk was direct, with a rapid route from brain to vinyl , Bollocks was tinkered with over and over whilst the band and their material were the focus of various wrangles.
It was eventually released on 28 October 1977.
In July 1976 the Pistols had recorded these tracks at the Gooseberry Studios under the producership of Dave Goodman. The bootleg first appeared weeks before release of Bollocks, a move probably choreographed by Malcolm McLaren to maximise both financial returns and media interest in the band.
Like most important bootlegs, Spunk has been recycled and repackaged a great number of times with various embellishments or omissions.
This is a more faithful representation of the Sex Pistols sound- no excessive overdubs, with Matlock’s original bass lines that Jones did not reproduce for Bollocks.
Sex Pistols:
Johnny Rotten – vocals
Steve Jones- guitar
Glenn Matlock- bass
Paul Cook- drums