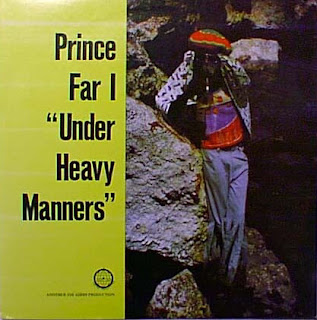 I’m not one for religion. Generally speaking I believe that it belonged to some earlier stage of man’s development, and find it hard to stomach the fact that after centuries of oppression we are still expected to some degree to live and die by the tenets set out in the folk tales of some Middle Eastern Iron Age goatherds.
But there can be no doubt that religious feelings have inspired great art, which brings us on to Michael Williams, aka Prince Far I- The Voice of Thunder.


One of those great biographies that litter the Jamaican music industry of the time- an erstwhile DJ and bouncer who got his recording break through a no show by another artist. 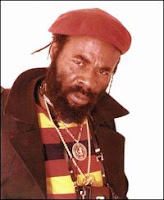 His debut, Psalms For I, was recorded in 1975.
1976 saw the release of the breakthrough album, Under Heavy Manners, chanting thunderous Old Testament fire and brimstone over some truly classic Joe Gibbs tracks with a righteous growl.
Remarkably, Between 1978 and 1981 he released twelve albums .
He was shot dead at the age of 39, in 1983.