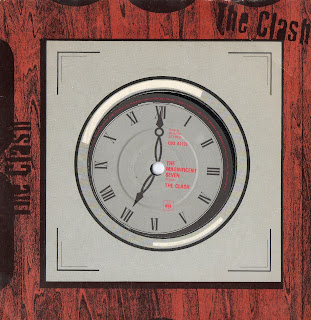 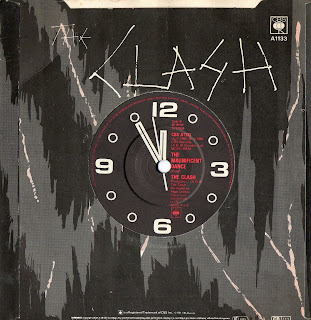 When we came to the U.S., Mick stumbled upon a music shop in Brooklyn that carried the music of Grand Master Flash and the Furious Five, the Sugar Hill Gang...these groups were radically changing music and they changed everything for us. —Joe Strummer

The American novelist Thomas Wolfe made the distinction between putter inners and leaver outers. (Wolfe was a putter inner; he died leaving a stack of unsorted manuscripts almost two meters tall). By the time they reached the Sandinista era The Clash had definitely become putter inners.
1977’s The Clash was 35 minutes long, carrying no excess weight. Three years down the road they gave us a three disc 144 minute sprawl. This rather funky single was released in 1981. The bass was provided by Norman Watt- Roy of The Blockheads and Joe Strummer composed the lyrics on the spot.
This is worth downloading just for the authentic pub-jukebox vinyl crackle…