The Fabulous Thunderbirds- What's the Word (1980) 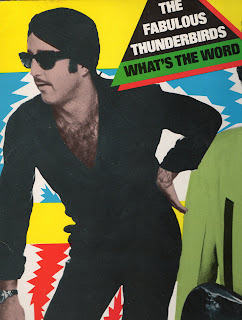 Well, I succumbed.
This LP cost £1.99 at the YMCA shop. It looks and sounds brand new.
So, white men play the blues- a damned fine record too. The second LP by the Texan band who whilst not commercially successful won critical acclaim in the era when RnB still meant solid 12 bar boogie music with some raw harmonica thrown in.


* Apparently Jimmie had a brother called Stevie Ray who was quite handy on the blues guitar...