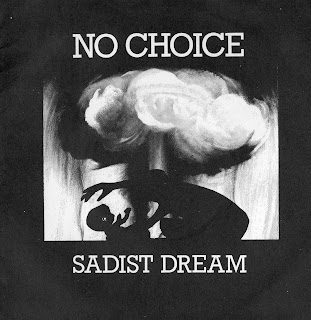 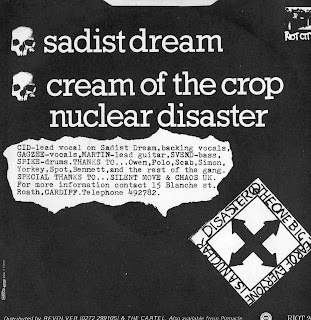 I was going to write that No Choice were a punk band from Cardiff/ Bridgend in Wales, but having done my homework I see that it's are... a surprising number of groups from that era are still around ( hats off to my old buddies Foreign Legion). you can check both these bands out on MySpace...
So:
No Choice are a punk band from South Wales
This cracking 7" could almost serve as a sampler of the punk scene in those apocalyptic times- anarcho pacificist themes and to finish it off a blistering streetpunk number.
There's a tiny brain cell flying around in my head somewhere telling me I saw them supporting UK Subs in Swansea in '83. Also on the bill were Dead on Arrival who later became...Foreign Legion.