Buzzcocks- Another Music in a Different Kitchen (1978) 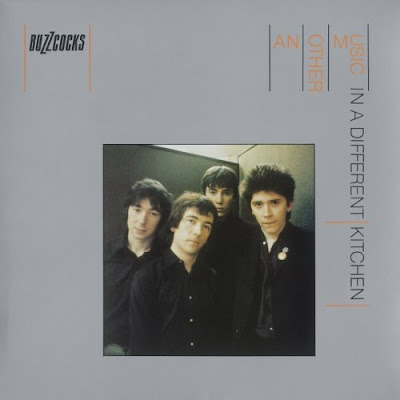 It's all very surreal and Dada, all those elements that we were exploring back then. The first Buzzcocks album title was a kind of cut-up of the title of one of Linder Sterling’ s other pieces of art. We called it Another Music in a Different Kitchen, which partially came from a Linder piece called Housewives Choosing Their Own Juices in a Different Kitchen. -Pete Shelley

Following the departure of Howard Devoto Pete Shelley took over on vocals, (three songs from the Devoto era get an airing here and the LP opens with the unmistakable intro of the classic Boredom) and Steve Diggle moved from bass to guitar.
This is a vinyl rip of what is simply a great LP.