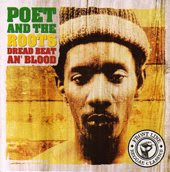 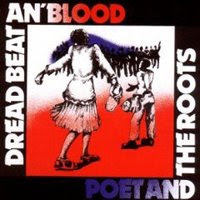 Considering the effect that periods of social unrest can have on the creative process, the Black American author Jean Toomer wrote: Unrest is a help to creativity because it automatically breaks and dissolves many of the encrusted and obsolete forms which impede original creation… There are, in a sense, the spiritual pioneers, the builders of the future. It is their nature, not to conform, but to form; not to reform, but to transform…
The remarkable Linton Kwesi Johnson was born in Jamaica in 1952. He moved to Britain in 1963. Educated at the University of London, he was awarded a C Day Lewis Fellowship in 1977. Johnson's first collection of poems, Voices of the Living and the Dead was published in 1974 . A collection of his works, Mi Revalueshanary Fren , has been published by Penguin Modern Classics- making Johnson one of only 3 poets to feature in this imprint whilst still alive.
This groundbreaking LP was realised through a collaboration between Johnson, who as well as being a published poet was a respected journalist and music critic, and the producer Dennis Bovell.
Most of the poems featured on the LP first appeared in Johnson’s 1975 volume, also titled Dread Beat an' Blood. 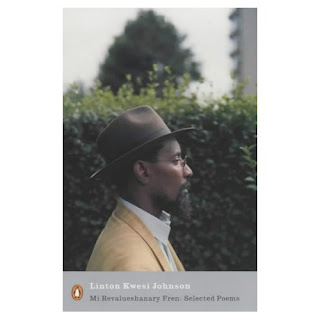