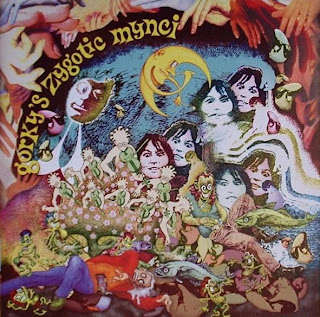 If we'd known that we would do so well we'd have chosen a better name...
Euros Childs

What’s the Welsh word for ‘eclectic’?
I dunno. Maybe John Cale knows? Apparently he once said that Patio by Gorky’s was his favourite LP of all time- praise indeed.
I used to have this big old suitcase full of cassettes (I used to have a lot of things, but then again I used to be quite fucked up too) - in amongst the warbling home taped dross and bargain bin impulse buys of twenty odd years were one or two irreplaceable gems, including a genuine demo of Patio (a chap who I used to go to the football with had been in school with the band…)
Very interesting outfit. Lot of strange stuff on the web about the name, which, I’m sure, is more to do with sixth form humour than having any literal translation.
This is a collection of singles and EP's originally released between 1994 and 1996 on the Cardiff based Ankst label.
Posted by Walker