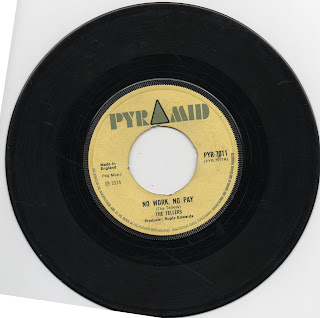 I’ve been after this for more than 20 years. Picked it up on E –Bay for a couple of dollars.
If you were in the Llanelli area in the mid eighties you might have been lucky enough to see a band called Dressed To Kill, fronted by ex Andy Pandemonium singer and living legend Roger Forsythe. My memory has suffered over the years but I seem to remember a singer called Brenda, Jimmy Jones (ex Albert’s England and reputedly once of The Pogues) on bass, and assorted others such as Matt Jones of The Hepburns joining for live performances.
They did a great version of this number.
I remember Jimmy teaching me the bassline to this in a drunken jam at Roger’s flat- that would have been in about '85- I remember thinking must look up the original …