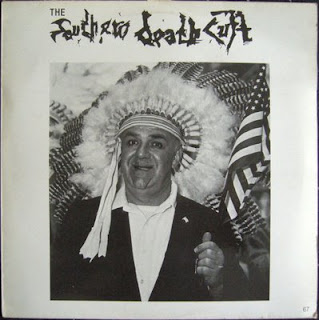 How common are Native American fixations in Bradford?
The SDC, earliest incarnation of Rock Monsters The Cult, were certainly pretty into the culture of the aboriginal peoples of the Americas. They had a heavy gothic sound (it was known at the time as Positive Punk- the sound and the image that evolved into Goth) and unsurprisingly supported acts such as Theatre of Hate and Bauhaus during their brief career (Oct 81- Feb 83).
This is a vinyl rip...

A contemporary article from the NME here.