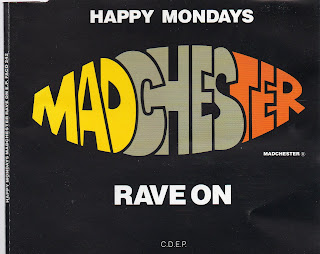 Part Mujahedin, part Mountain Rescue- Stuart Maconie
Sex and drugs and…
Dancing?
Yes, after ten years of Thatcher the working class youth of Britain abandoned themselves to the pursuit of pleasure, hi jacking the grooves that had driven Acid House.
With this as a soundtrack you could live with the hedonistic abandon of Mick Jagger in Performance in your one bedroom council flat…
After this no end of indie bands donned baggy trousers and adopted ‘dance rhythms’, but they were all pale imitations of these delightfully flawed geniuses.
To sum it all up: The Happy Mondays were as cool as fuck.