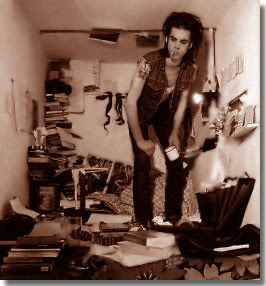 This is an early incarnation of Nick Cave and the Bad Seeds, who have remarkably now been with us for 25 years.
Barry Adamson, formerly of Magazine, holds it all together with some solid bass, whilst Blixa Bargeld, the guitar hating guitar hero once described as having the look of a badly embalmed corpse, deconstructs the role of guitar in rock music.
Nick Cave –vocals
Hugo Race -guitar
Mick Harvey -drums
Barry Adamson -bass
Blixa Bargeld -guitar