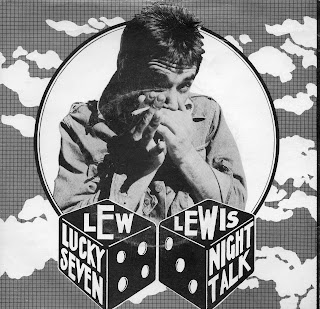 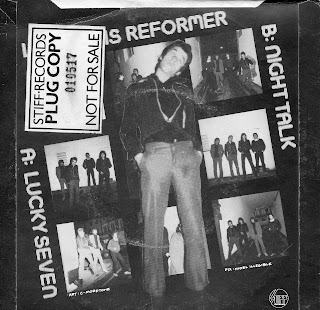 Sending out special birthday greetings to Mr Jim Baker.
Lew Lewis from Canvey island was one of the main men in the Pub Rock scene- he was originally in Eddie and The Hotrods before joining Dr Feelgood- he has appeared with Wilko Johnson, Jules Holland (Oil City Sheikhs) The Stranglers and The Clash as well as fronting the Lew Lewis Band and Lew Lewis Reformer.
In 1987 he was sent down for seven years for holding up his local post office.
From what I can see on this fine Dr Feelgood site Lew is still with us despite ongoing health problems. 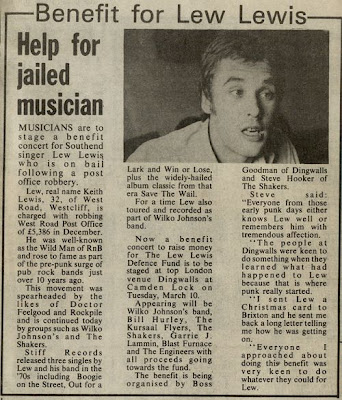