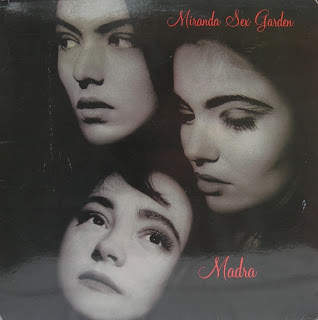 I haven’t heard any of their later stuff, but apparently Miranda Sex Garden , with Katherine Blake on vocals, went on to become some sort of gothic / industrial combo. This, their debut, is an entirely different affair- a capella renditions of English madrigals. What would that be then, late sixteenth early seventeenth century I’m guessing? About the time of Shakespeare?