The First Record I Ever Bought Was... 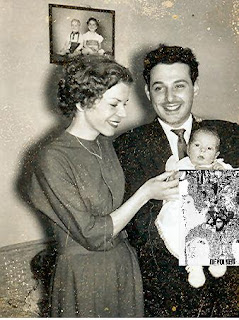 Here we see Baby Walker with the Beatles LP he bought when he was a week old. He thought it was shit.

People will say some shameless things when asked what the first record they bought was (Giles Smith, as ever, is pretty hot on this topic in his book Lost in Music q.v).
I knew punks born in the late sixties who swore blind that the first record that they had ever bought was Raw Power by The Stooges, or Anarchy in the UK. Unlikely…
I think my son can justifiably claim the B52’s, which is pretty cool even if it was The Flintstones music, but I can hand on heart say that it was Bowie for me.
Let me think, was it the spaced out Space Oddity that first rocked my rocket? No? What about the fantastic sexual ambiguity of the metarockstar of the Ziggy Stardust era? Mmm? Did my ten year old sensibilities find kindred spirits in the Bowie and Eno of the Berlin period? Nein!
What drove me to Falcon Music in 1973 was the reissue of The Laughing Gnome.
There, it’s shamelessly revealed to a potential audience of millions that this was Walker’s first foray into record buying. I didn’t get a picture cover- but I did get an addiction to the feel and smell of the vinyl platters in their flimsy paper sleeves and to the racks of albums and cases of styli on display.
The b-side intrigued me, and made me think about the songwriting form as a potential career (although I remained convinced for years that Pat Hewitt was Fats Hewitt).
Sadly I don’t still have that 7” record, so I hope you’ll indulge me in a bit of fakery.
Oh, and I still love Bowie. 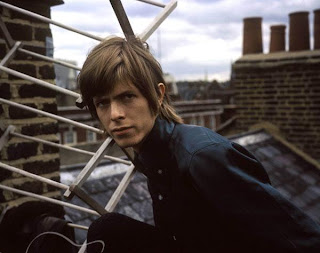 Ps- I checked the veracity of this with my mother and she said: Are you sure, dear? I thought you bought an import copy of the rare Ultima Thule 7" by Tangerine Dream the week before with some money that Auntie Bunty gave you?
Posted by Walker