Following the successful revolution in 1979 the Sandinistas set about addressing the problems of illiteracy in Nicaragua.
The resulting experiment in education, known as the Cruzada Nacional de Alfabetización , was labelled by the United Nations as "the most important of this generation”. In September 1980, UNESCO awarded Nicaragua with the Nadezhda K. Krupskaya award for its successful literacy campaign
In March 1980, 90,000 young people who had been trained as Literacy Brigadiers (brigadistas), went out in to the countryside under the flag of the Popular Literacy Army to teach others how to read and write. Using methods based on the theories of Paulo Freire, they succeeded in reducing the illiteracy rate from 52% to 13% within 5 months, teaching more than 400,000 people to read and write during this period.
The standard text that the Cruzada Nacional de Alfabetización used was El Amanecer del Pueblo (The Dawn of the People). 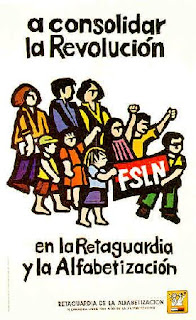 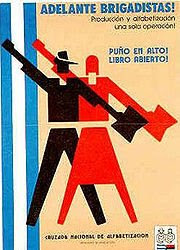 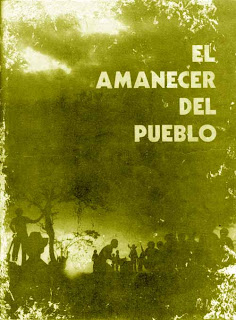