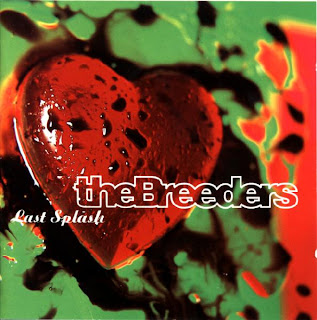 The first incarnation of The Breeders was a folk rock group formed by twins Kim and Kelley Deal in the 1970’s.
In 1988 the name was revived for a project involving Kim and the Throwing Muses’ Tanya Donelly , spawned when the Pixies and Throwing Muses were touring Europe together.They were billed as a‘Boston girl super-group’.
By the time this, their second and most successful lp was recorded, Donelly had left to form Belly and the line up was as follows: