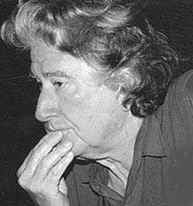 Theatre may not be revolutionary in itself, but it is a rehearsal for revolution.
Augusto Boal-Theatre of the Oppressed (1972).

Augusto Boal (1931 -2009) was a Brazilian theatre director, writer and politician. He was the founder of Theatre of the Oppressed, a theatrical form originally used in radical popular education movements. This is an extract from his book The Rainbow of Desire (1995).

One day – in every story one day comes along sooner or later – so, one fine day, we were performing one of these splendid musical plays for an audience of peasants in a small village in the North-East – and we sang the heroic text “Let us spill our blood!”, to our rapt audience made up only of peasants. At the end of the show a huge peasant, a great big strapping colossus of a man, came up to us, on the verge of tears:
“Here’s a fine thing – people like you, young people, town people, who think exactly like us. We’re right with you, we also think we must give blood for our land.”
We were proud. Mission accomplished. Our message had been received loud and clear. But Virgilio – I will never forget his name, his face, his silent tears – Virgilio went on:
“Since you think exactly like us, this is what we’re going to do: we’ll have lunch [it was midday], and afterwards we’ll all go together, you with your guns, we with ours, and send the colonel’s bullyboys packing – they’ve taken over a comrade’s land, set fire to his house and threatened to kill his family – but first, let’s eat….”
We had lost our appetite.
Trying to match our thoughts with words, we did our best to clear up the misunderstanding. Honesty seemed the best policy: our guns were theatrical props, they were not real weapons.
“Guns which don’t fire?” Virgilio asked, in astonishment. “Then, what are they for?”
“They are for doing plays, they can’t actually be fired. We are serious artists, we believe in what we preach, we are quite genuine, but the guns are…fakes.”
“OK, since the guns are fakes, let’s chuck them. But you people aren’t fakes, you’re genuine, I saw you singing about how blood must be spilt, I was there. You are genuine, so come with us, we have guns enough for everyone.”
Our fear turned to panic. Because it was difficult to explain – both to Virgilio and to ourselves – how we could be sincere and genuine and true even though our guns wouldn’t fire and we didn’t know how to shoot. We explained ourselves as best we could. If we agreed to go with them, we would be more of a hindrance than a help.
“So, when you true artists talk of the blood that must be spilt, this blood you sing about spilling – it’s our blood you mean, not yours, isn’t that so?”
“We are true to the cause, absolutely, but we are true artists not true peasants! Virgilio, come back, let’s talk about it….Come back.”
I never saw him again.
Posted by Walker