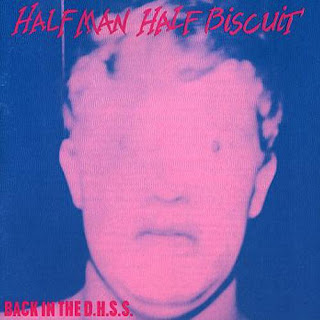 The most authentic English folk group since The Clash- Andy Kershaw (2002).

My how we laughed…
But seriously folks, these boys from Birkenhead were ahead of their time. Name checking eastern bloc football teams and 1970’s B list personalities might have become de rigueur in about 1989- but in 1985 it was just plain mad.
Every song is based around a pun or whatever the less subtle juxtaposition of totally unexpected elements is called.
Often overlooked, the music is fantastic trippy low fi psychedelia.

Labels: Half Man Half Biscuit