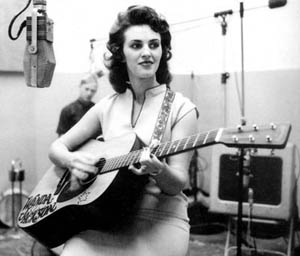 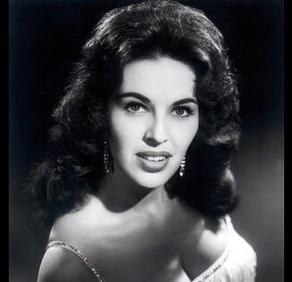 Oklahoma's Wanda Jackson had her first hit in 1954- a Country number. As an 18 year old she toured (chaperoned) with Elvis Presley, who encouraged her to sing more  Rockabilly . Most of her output at this time was a hybrid of Country and Rockabilly, usually a Country number on one side of a record and a rocker on the other, but by 1957 she was rockin' full time.
In the first half of the 1960's she was known as The Queen of Rockabilly, with producer Ken Nelson  (who had turned her down for Capitol in 1954 on the grounds that Girls don't sell records ) modelling her sound on that of Gene Vincent.
In 1965 she returned to singing Country.