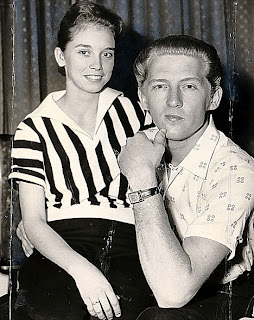 
Sir Frank Medlicott asked the Minister of Labour on what grounds the United States singer Mr. Jerry Lee Lewis was recently given a permit to enter this country for a six-week tour of theatres and music-halls.


Mr. Iain Macleod: A permit was issued for this man under quota arrangements which have been agreed by my Department and with the Variety and Allied Entertainment Council of Great Britain for the employment of foreign variety artistes.


Sir F. Medlicott: Is my right hon. Friend aware that great offence was caused to many people by the arrival of this man, with his 13-year old bride, especially bearing in mind the difficulty that others have in obtaining permission to work here? Will he remember also that we have more than enough "rock-'n'-roll" entertainers of our own without importing them from overseas?


Mr. Macleod: This was, of course, a thoroughly unpleasant case, which was ended by the cancellation of the contract and the disappearance of the man. But, at the time the matter was before my officers, it was purely a question of a permit for employment, and his case was treated under the ordinary arrangements which apply to anybody.

Jerry -Lee Lewis' pumping piano was unusual in guitar dominated Rockabilly, but it was much copied and also provided a link with the music of the black RnB performers who inspired the early rockers (I'm thinking Little Richard, Fats Domino, Ike Turner).  Jerry- Lee was very much in the country music tradition, and  Hank Williams, Moon Mullican, Bob Wills and Jimmie Rodgers covers featured prominently in his repertoire.