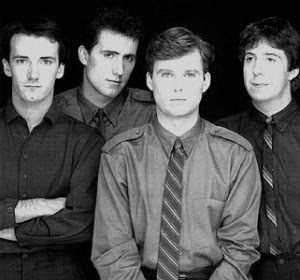 The album issue of OMD's Peel Sessions is a bit misleading on this one. Electricity was never played in a Peel session, but it is included on the LP as a bonus track. I can't find a recording of Bunker Soldiers from this, the fourth session (I used to have it on tape) so I've put in the 1979 Peel session version.
Andy McCluskey was a visionary, an immensely talented man. And then he gave us Atomic Kitten...