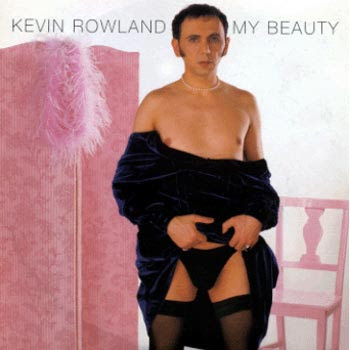 1. Greatest Love of All
2. Rag Doll
3. Concrete and Clay
4. Daydream Believer
5. This Guy's in Love with You
6. The Long and Winding Road
7. It's Getting Better
8. I Can't Tell the Bottom from the Top
9. Labelled With Love (I'll Stay With My Dreams)
10. Reflections of My Life
11. You'll Never Walk Alone

Rowland - as singer and songwriter with Dexys Midnight Runners - gave us some of the great pop moments. From the bolshy vision of Searching for the Young Soul Rebels through the celtic-gumbo of Too-Rye-Ay and '85's neglected masterpiece, Don't Stand Me Down, his is a towering contribution to British music, both visually and musically.
Paul Moody Uncut, March 2007

I said to Alan McGee ... I'd really like to do this record of cover versions of songs that I really like that mean a lot to me at this time. And he said "Yeah, great idea" so we did that and that took I think two years and it came out. And then three months later Creation went down and that was the end of that one. Good record...
Kevin Rowland, 2010. Full interview here.

It's GENIUS! Rowland is a genius! I've always said I liked that record. Look, the record should have been a million-seller. It's just people's problem with a guy in stockings on the cover that stopped them buying it. But if you just put it on your iPod it's a work of genius.
Alan McGee, The Guardian, 21. 09.10

A 12th number, a reworking of Thunder Road, was excluded from the album following objections from Bruce Springsteen- thanks to Bubba for providing a link to this 'missing' track- see comments.
Posted by Walker