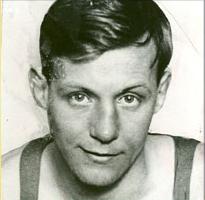 
The tiny Jimmy Wilde didn't even have to take off his overcoat for weigh ins. At 5'2" and  84lbs he was one of the greatest pound for pound punchers  in the history of the prize ring. His ratio of wins by knock out was extremely high, and in 2003 he was placed at 3 on the Ring Magazine's 100 Greatest Punchers list.
Wilde was hardened by work in the pit and  the fairground boxing booths. He estimated that if these early fairground bouts were taken into account he had fought over 800 times in his career.
Posted by Walker