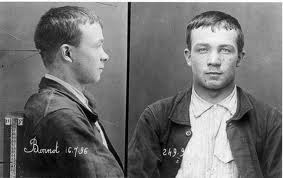 We'll burn off our last round against the cops, and if they don't care to come, we'll certainly know how to find them...

Jules Bonnot made this statement in an interview he gave to Le Petit Parisien. At the time he was one of France's most wanted men, but he had the audacity to walk into the offices of the newspaper and place his pistol on the desk as he registered his complaint about the way in which the exploits of his gang were being covered in the press. His act of bravado led to a moral panic and also to his being identified as the 'leader' of the Auto Bandits . 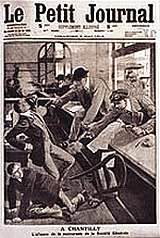 Auto bandits? When Jules Bonnot and his accomplices stole 5,000 F from a messenger of the Société Générale bank in Paris on 21st December 1911 they used a getaway car- the first recorded instance of this ruse being employed.
The police , having no cars at their disposal, were at a serious disadvantage. The public, in the grip of an Anarchist Scare, were alarmed by the audacity of the criminals.

On the morning of April 28th 1912, police tracked Bonnot (now France's "most wanted"; he had killed a senior police officer a few days before) to the Paris suburb of Choisy-le-Roi. With a force of 500 armed men (police officers, soldiers of the Republican Guard, and bourgeois volunteers) they besieged the house in which the sick and wounded Bonnot was holed up, and called up the artillery and a machine gun detachment. Armed with three Brownings and a Bayard pistol, Bonnot held out, shooting three officers during the morning.
By noon the exasperated Police Chief, struggling to coordinate the efforts of the diverse forces at his disposal ordered that military engineers should use dynamite to demolish the front of the house . Bonnot survived the blast and was found lying underneath a mattress. The cops shot him about a dozen times, but he was still alive when they carried him out of the building. He died in hospital that afternoon.
By the time the siege reached its dénouement a crowd of thousands of spectators had gathered . Where their sympathies lay can be judged from the way in which the corpse of Jean Dubois, who had given Bonnot a hiding place and was killed at the outset of the siege, was later mistreated by the crowd. 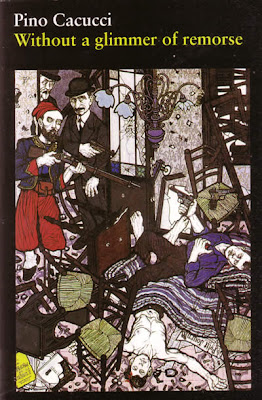 Italian writer Pino Cacucci (b 1955) in his fictionalised account of Bonnot's life, Without A Glimmer Of Remorse, has Bonnot employed as a chauffeur by Sir Arthur Conan Doyle.  In this page turner Bonnot speaks fluent English, and  drinks cognac and smokes cigars with Conan Doyle in the author's study. Later he demonstrates his marksmanship to his employer at a private gun club.
So, was Jules Bonnot ever employed as Sir Arthur Conan Doyle's chauffeur?
The unlikely story is often accepted as fact.
If, as Bonnot's earlier biographer Richard Parry holds, this episode  is no more than  an apocryphal tale , what are it's origins? It appears to be based entirely on a story recalled by Edmond Locard ,the criminologist who was known as The French Sherlock Holmes. He related a story of Conan Doyle viewing Forensic archives at Lyon in the 1920's and, on seeing a picture of Bonnot, exclaiming Mais c'est Jules, mon ancien chauffeur ! 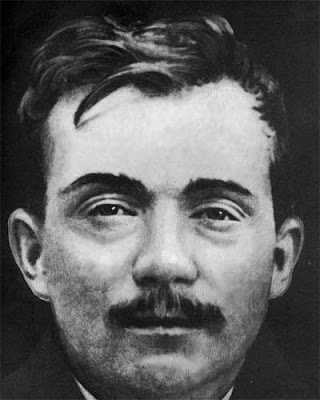 Here are some links to online texts relating to Bonnot :
Richard Parry