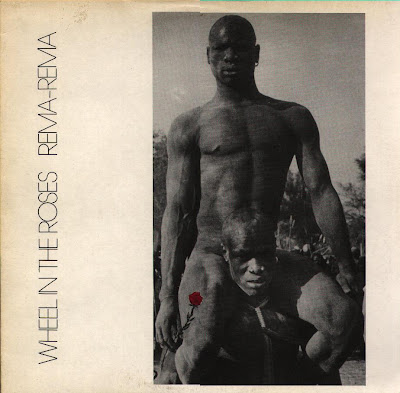 Here's a gem from the early days of the wonderful 4AD label.
The first 4 issues by the company were under the name Axis. It was Bauhaus's Dark Entries (AXIS 3), that made the biggest impact. The single was reissued as AD 3, thereby becoming the first record to actually bear the label "4AD."
This EP from Rema - Rema was the second, (BAD 5).
Line up:
Gary Asquith -guitar,vocals
Marco Pirroni -guitar
Mick Allen -bass,vocals
Mark Cox -keyboards
Max -drums

Rema - Rema split when when Marco Pirroni (an original member of Siouxsie & the Banshees) joined Adam and the Ants.
Asquith, Allen, and Cox went on to form another short-lived band Mass, which then split up to form Renegade Soundwave (Asquith) and The Wolfgang Press (Allen and Cox).
Later in her career Max joined Psychic TV.

Fond Affections was later covered by This Mortal Coil , sung by Gordon Sharp (Cindytalk) with Mark Cox again on keyboards.

The striking cover is an adaptation of the photograph The Wrestlers, Kordofan, Sudan 1949 by George Rodger. 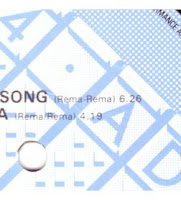