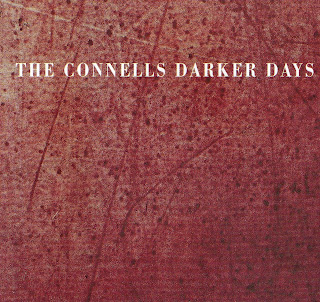 I posted a version of this gem back in March. It was a CD rip and for some reason I had problems uploading and had to split the file into 3. About 15 people downloaded it, a surprisingly low number.
Any how- I've finally got around (gotten round?) to making a rip of my vinyl copy, and it's all in one file.

Here's what I wrote about this group back in March:
Formed in 1984 The Connells are from Raleigh, North Carolina. When the as yet unnamed band turned up to play their first gig at a local club they found that the flyers billed them as The Connells and they stuck with the name.
An early version of Darker Days, recorded by the band’s initial four-piece lineup, appeared on the North Carolina indie compilation More Mondo in 1984. A re-recorded version of Darker Days provides the title track to this, the band’s debut album, which was produced by fellow North Carolinian Don Dixon and released in 1985 on Elvis Costello's Demon Records in the UK.
The band featured on BBC’s Whistle Test exploration of the new music of the southern states, or Comboland, and also on the LP Welcome to Comboland a Collection of Twelve Artists From North Carolina (1986).
With their southern origins, jangly Rickenbacker sound and reflective lyrical style comparisons to R.E.M were inevitable.
Line up:
Mike Connell- guitar.
Doug MacMillan- vocals.
Peele Wimberley- drums.
David Connell- bass.
George Huntley- guitar, keyboards, vocals.