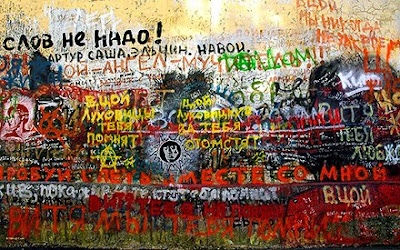 I’m forever singing the praises of Leningrad’s КИНО, a band whose influence on Soviet/ Russian culture during what was a transitional period in history has no parallel here in the west. In 1989, the era of Perestroika, the band went to France to record a compilation for the French market (Le Dernier Des L’Héros). It was during sessions at Studio du Val d’Orge that they recorded this English version of their great number Группа Крови (Gruppa Krovi). 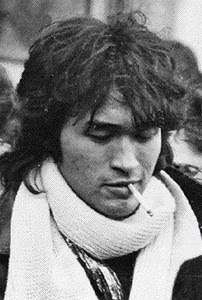 The track was unreleased until 2002 when Moroz Records issued Последние записи (Posledniye Zapisi -Last Recordings).
I’m not a gamer but I gather this features on Grand Theft Auto IV?.