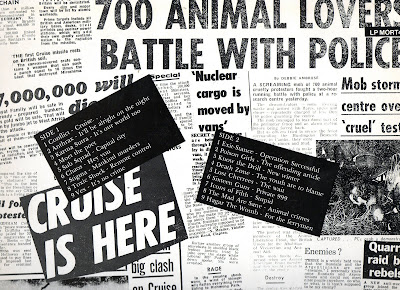 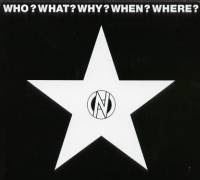 Printed on the cover: There is absolutely NO reason for this LP to cost more than £3.50...
When, in 1984, Conflict left Crass to establish their own Mortarhate label they carried on many of the traditions of their mentors, providing gritty anarcho punk at pocket money prices and giving vinyl exposure to smaller, often D.I.Y bands.
What we have here is a very good compilation LP.


Along with the usual frenzied thrash we have Moet the Poet with something resembling synthpop, the angry feminist jazz of Toxic Shock and Know the Drill with a more gothic sound that should appeal to fans of Southern Death Cult. But if its the original crusty stuff you're after there's flagons of it here.


This is a vinyl rip of the 1984 release. I gather that there was a CD issue in 2003, same tracks but with a tidy booklet. No booklet here but the authentic crackle of the cider fuelled wrath of the Thatcher years. Firm historical orientation is provided Conflicts opener, Cruise, which I'm sure some people will insist was about the diminuative star of 1983's Risky Business rather than the ballistic missiles that President Reagan planted in the UK.
Posted by Walker