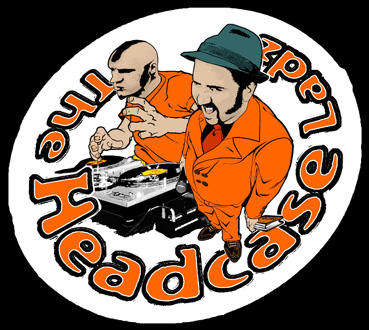 Me and ‘im swear an awful lot and it’s not because we’re trying to do like the Ghetto Boys “Fuck em! Fuck em! Fuckemfuckemfuckem!” - and what’s that other song Limp Bizkit do? “Fucking with the fuckers and a fuck fuck fuck!”? It’s not like that at all – it’s just….well have you seen Twin Town? That’s how we do fucking speak down here. And it’s fucking fucked like.-Nobsta

The critic Fredric Jameson described Postmodernism as the dominant cultural logic of late capitalism.
Characteristics of Postmodernist practice in music are eclecticism and freedom of expression. And since it's emergence in the urban African American culture of the late 1970's there has been a strong case for viewing Hip Hop, with its appropriation and innovation , as a Postmodernist phenomenon.
According to Brent Wood in his paper Resistance in Rhyme (Postmodern Culture 7. 1 September 1996): Hip-Hop ought to be thought of as postmodernist due to the ruthlessness with which it employs capitalist weaponry and the found objects of the postindustrial urban mediascape.
Much has also been written about Hip Hop's relationship to the Postmodern practice of pastiche.(Dr Karen Malone in Hop Scotch versus Hip Hop: Questions of Youth Culture, and Identity in a Postmodern world).

We've never had any Hip Hop at Burning Aquarium. If you've never heard the Headcase Ladz before prepare for a real treat...
What draws me to the Headcase Ladz isn't the seductive intellectual qualities of Postmodernism, but rather the fact that they are funky and funny. Inventiveness is everything.

When I approached Slicer Man about including some Headcase Ladz on Burning Aquarium, he very generously gave me access to a large number of downloads, along with biographical information and lyrics, so hats off to the Dek Masha.
Thanks to Slicer I now have a very large collection of Headcase Ladz material. I've chosen just a couple here for your delectation.
If you like what you hear just let me know and I'll post some more, and keep an eye out for new releases.

The Headcase Ladz have been active in hip-hop culture since the early 1980`s, and some of their earliest breaks include recording with the seminal British label of that time “Music Of Life”, winning industry only talent competitions and lecturing turntablism and m.c.ing through university schemes.
During the 90`s the ladz accumulated a 60 strong C-90 catalogue of material culminating in their “Wonky Edz” and “Straight from the donkey`s mouth” L.P’s in 1997/98 and 1999 respectively, both releases gained 4/5, 5/5 reviews across the board. The entire pressings of these releases sold out in just a few months after release.
A very busy crew, The HeadCase Ladz side projects include Deck Masher Slicer Man`s band “GoatBoy”, a band providing an eclectic blend of blues, funk hip-hop and drum and bass, Their new album has been having great reviews from the press and with dj’s like John Peel recently getting them on for a session, a U.K. tour in march/april 2002 and confirmation to play the Avalon stage on Friday at 8.00pm in Glastonbury, plus just releasing a free c.d. of their radio sessions, the future looks bright.
The ladz have also released on their “Wonky Wax” label the “Lewz Tunes and Nobsta Nutts” 7-inch, a funk hip-hop hybrid which sold out in under two months, gaining single of the month in two different sections of “Big Daddy” magazine.With a couple more lew’s tunes e.p.’s and albums already finished and about to be released plus slicer man doing endless side projects the horizon just keeps expanding.
The new six track e.p “Absurdisms-A check up from the neck up” showcases complex layered production with distinctive vocal delivery.
The E.P. was mixed by leading hip-hop engineer “No Sleep Nigel”, who was so impressed by the group that he has asked to work on future projects.
Indeed promos of the new e.p. have pricked up ears of some of Britain`s leading heads. Depending on availability artists such as “Blade”, The Herbaliser, “Mr.Scruff”, “Aspects”, “Junior Disprol” of “Fleapit” and “Napoleon” from the Cincinnati group “Is-What” have confirmed their eagerness to collaborate future projects.
Currently just finishing off our next single, then we will be featuring on one of the next “Herbaliser” projects to be released on NINJA TUNE, Plus after The Ladz playing with them at the essential festival, then supporting them at The London Forum, The Herbaliser will be remixing the Ladz next single as yet to be titled.
While the beginning of march will see the collaboration on A track titled ”mullet for a day, sir!” Featuring “Boswel Heinss” and “M.C. Ramone”(from Nottingham), plus another track titled “My minds have a mind of their own”, which Boswell appears on (recently had a release as “Clinical Daz” on the Red Eye Knights compilation).
The groups productions have even recently landed them a licensing deal for future work starting with the release of a newly completed “Battle Breaks” style L.P. which is yet be titled , Recorded in their own distinctive style, along side the release of further material from the ladz including the “Unreleased Bangers” series and more recently the “live radio session” c.d., a collection of tracks completed in spare moments (If that sounds possible). The next single titled “Funky Fresh” has also been completed and work with a female new york rapper on a track we are doing next year is in the pipeline as well as collaborating with Cincinnati hip hop funk group “IS-WHAT” and an emcee called “Phalon”, while planning a small tour out in the U.S. for early to mid 2003..
the entire 1000 first pressing of the e.p. is off for worldwide distribution and further to recent t.v. and radio appearances the Ladz constantly working for what they believe in, With plenty of work offers and skills and material to back it up, things look good for the Headcase Ladz. so all that is left for me to say is…..
“COME ON AND GET A PIECE”.
www.headcaseladz.com
contact: slice@mightyatom.co.uk