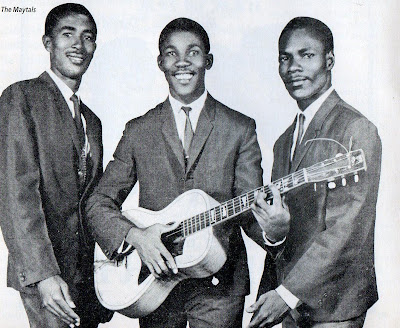 The Maytals were Toots Hibbert, Raleigh Gordon and Jerry McCarthy- and they first got together as a vocal trio as early as 1961.
I'm not going to write at length about The Maytals here as the album includes an excellent booklet tracing the early history of the group. These songs were recorded prior to Toots' imprisonment. Later, as Toots and The Maytals, they recorded such seminal early reggae numbers as 54-46, Monkey Man and Pressure Drop, and were one of the most consistent quality acts in 70s Jamaican music.
Posted by Walker