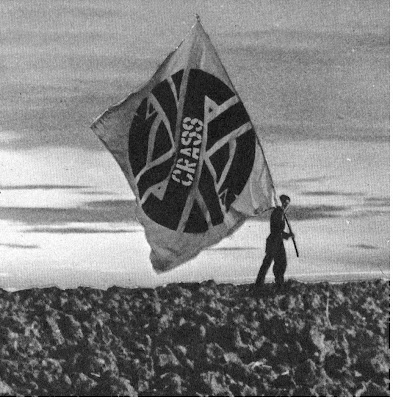 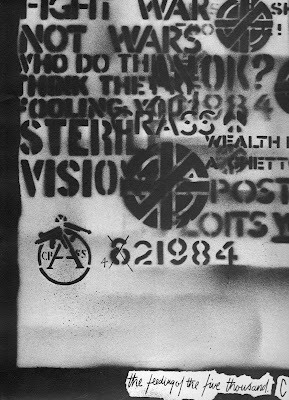 A nice clean vinyl rip of a record that sounds surprisingly fresh. This was a repressing of the 1978 debut that included the previously surpressed Asylum.

So, with our entire stage set on record... the music press were able to commence on the barrage of attack that has followed us throughout the years. They hated it and us and their loathing positively overflowed. It is not grandiose to claim that we have been one of the most influential bands in the history of British rock, true we have not greatly influenced music itself, but our effect on broader social issues has been enormous. From the start the media has attempted to ignore us and only when its hand has been forced by circumstances has it grudgingly given us credence. It's all fairly simple, if you don't play their game, that is commercial exploitation, they won't play yours.

http://d01.megashares.com/dl/4mgMLYg/Crass- The Feeding of the 500 The Second Sitting.rar
Posted by Walker