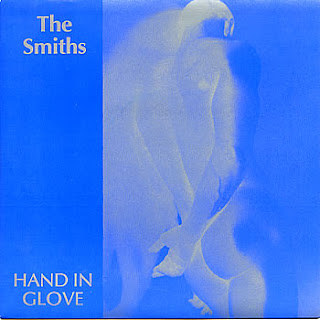 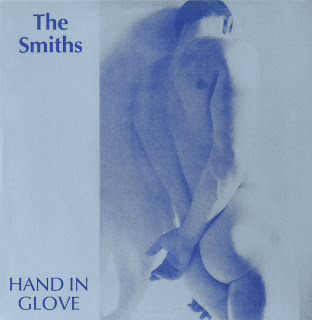 It was important to me that there'd be something searingly poetic in it, in a lyrical sense, and yet jubilant at the same time...
Morrissey


The Smiths debut was released on Rough Trade Records in May 1983.
A self produced tape of the track, made at a cost of £250 had landed them a one record no contract deal with the company.
Attempts were made to re record Hand In Glove for the epynomous debut LP but eventually John Porter settled on a remix of the original effort.
The b-side was a live recording of the (prepoterously) controversial Handsome Devil (on 25th August 1983 - The Sun newspaper, under the headline Child Sex Song Puts The Beeb In A Spin accused The Smiths of singing about picking up kids for sexual kicks) from the Hacienda gig on 4th February 1983- notable for being the first time that flowers were used on stage by the group (a response, acording to Morrissey, to the sterile inteior of the club).
Morrissey specified that the record should have a paper label with 4 vents around the centre piece (like the 1960s singles he so loved) and that the sleeve should have a 'side vent' so that the disc was put in from the side rather than the top.
Much to his chagrin Hand In Glove did not make the top 40.