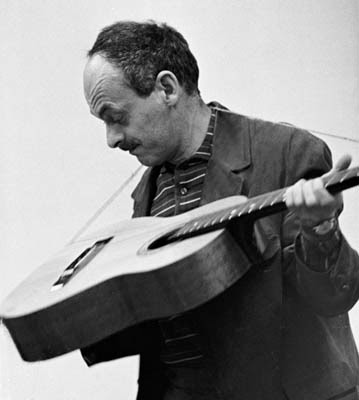 We featured the Soviet bard Bulat Okudzhava (Булaт Шaлвович Окуджaва) in the early days of Burning Aquarium.
Back then I was only able to share half a dozen songs that I had picked up on my internet trawls. On a recent vacation, however, I acquired this collection of 22 songs.
Primarily a poet, Bulat Okudzhava accompanied his lyrics with rudimentary but evocative tunes in minor keys (starting out with a repertoire of 3 chords by the nineties he claimed to be able to play seven).
Отлично!
Posted by Walker