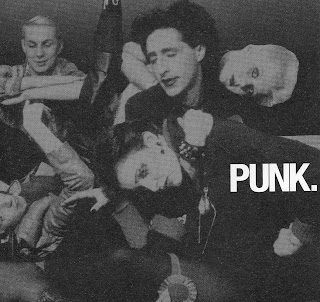 Punk anthologies tend to be flawed in the following ways:
They exclude important acts such as The Clash, The Sex Pistols and The Ramones (contractual reasons are usually cited).
They don’t know where to begin.
They don’t know where to stop.
They include a lot of ‘new wave’ pop music that whilst touched by punk was not really punk (what is punk? submit your definitions here please…).
Seriously- let's have some debate on this folks...
This compilation is pretty good. Here I state opinion as though it was fact.
Its real strength lies in the presence of a lot of proto punk, plus there are tracks from 'all' the major bands of 76-78.
The point is stretched when it comes to the inclusion of Joy Division- but that’s about as far off on a tangent as we are taken. Having said that Steel Pulse are here, but I can understand the inclusion of a reggae track as reggae was a vital part of the punk scene.
There’s no Oi (unless you count Sham 69), nothing gothic, no anarcho punk and none of the so called second wave stuff.
This was released as a companion to a book .