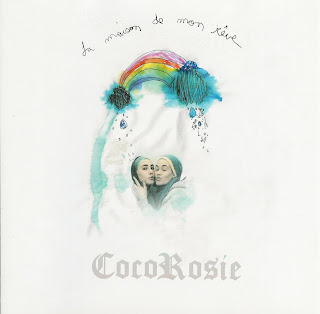 Here’s an interesting one, but… You know those posh fucking hippies that have had oh so interesting lives? Rich Hippies. The children of rich hippies. Peripatetic lifestyles. Shamanism.
Native Americans. Steiner schools.

Cut and pasted from Wikipedia:

In 2000, at age 20, Sierra moved into a tiny apartment in the Montmartre district in Paris, France, to pursue a career as an opera singer (yeah…), studying at the Conservatoire de Paris.
During this period, Bianca studied linguistics and sociology, and pursued her passion of visual arts and writing.
In 2003, Bianca was growing restless and decided it was time for a change. She left Brooklyn to travel the world. Unexpectedly, she showed up at Sierra's apartment in Paris.
Over the course of the next two months, the women spent nearly every waking hour in Sierra's bathroom, chosen as the most acoustic and isolated room in the apartment. Soon, they had completed both a hip hop recording (never released) called "word to the crow" and their proper debut album La maison de mon rêve.
Sierra mainly plays the guitar, piano and harp, and contributes vocals. Bianca sings and manipulates various children's toys/electronic & percussion instruments as well as other exotic noisemakers.
Lovely record. Wouldn’t want to meet them…hippies.