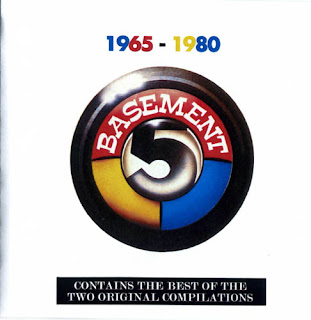 Partly formed out of the Art Department of London's Island Records HQ in 1978, Basement 5 fused the politicised brand of post punk that was in vogue at the time with the principles of dub reggae.
This brings together two releases from 1980.
Produced by Martin Hannett.