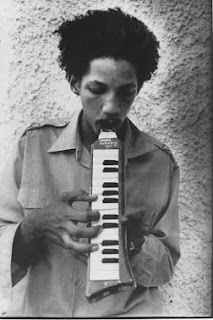 Augustus Pablo (Horace Swaby 1953-1999), started out as an organist. When a girl gave him a melodica to try out, he became besotted with the instrument. Pablo transformed the humble melodica, previously considered a children’s instrument, into a staple of reggae music through a series of successful releases such as East of the River Nile, Song of the East, and The Red Sea between 1971 and 1973 for Herman Chin-Loy's Aquarius Records, bringing a new, exotic sound to reggae.
Chin Loy had used the name Augustus Pablo for any keyboard artist appearing on his label, and the success of Swaby’s early cuts for him with his band Now Generation caused the name to stick.
Augustus Pablo suffered from the nerve disorder myasthenia gravis, and died as a result of a collapsed lung on 18 May 1999. He was a devoted adherent of Rastafari. 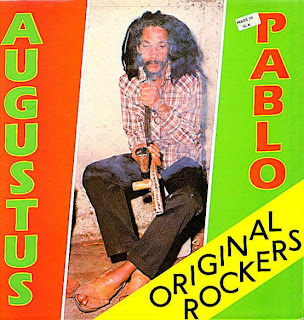