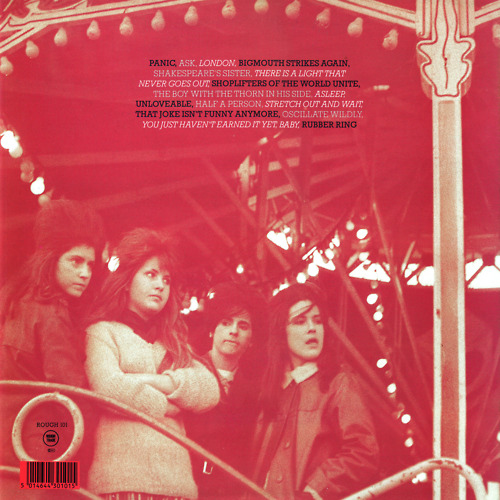 Johnny Marr later revealed that the back cover was Morrissey’s intentional visual joke; a portrait of four teenage girls whose faces bore an uncanny resemblance to the individual members of The Smiths. Left to right, the girls supposedly represent Joyce, Rourke, Marr and Morrissey. ‘We didn’t discuss it,’ said Marr, ‘but I understood'.
From Songs That Saved Your Life by  Simon Goddard 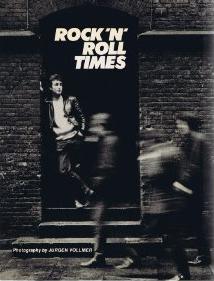 The sleeve was designed by Morrissey, using a photo by Jürgen Vollmer from the book Rock 'N' Roll Times: The Style and Spirit of the Early Beatles and Their First Fans.

Here's a link to a lossless download of the LP.  a selection of  funky FBI / Ministry of Justice / IRP  badges.